Beer, Art and Adventure in the Haliburton Highlands

Nestled against the south-western corner of Algonquin Provincial Park, the Haliburton Highlands region boasts the same rolling hills and pristine lakes that have made Canada’s oldest provincial park famous. Embracing the arts and a strong tradition of outdoor adventure, Haliburton has also inspired the creation of two local craft breweries. Both Boshkung Brewing Co. and Haliburton Highlands Brewing proudly promote their cottage country roots and produce a full range of brews for discerning palates everywhere. 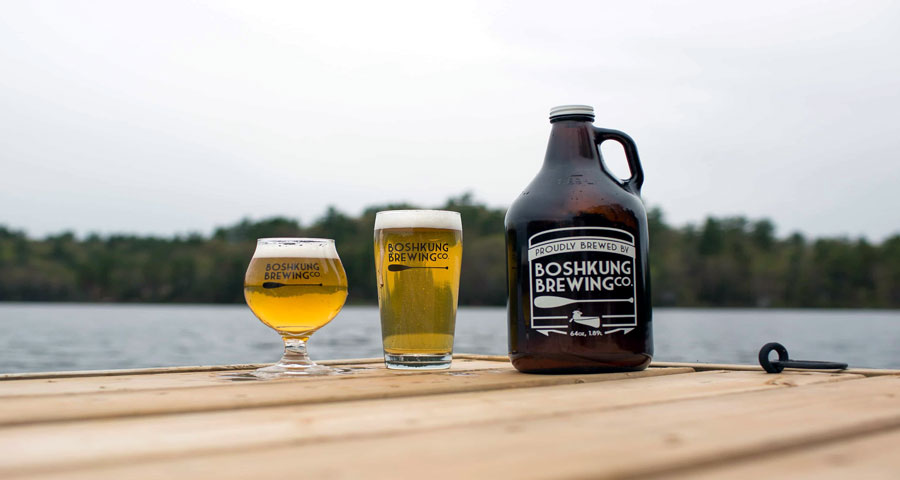 Boshkung Brewing Co. was established in 2014 and is located at the major intersection of Highways 35 and 118 (they even named a beer after it!). Boshkung produces a variety of beverages, from light and German ales to India Pale Ales and stouts. The brewery has received gold and silver placings from both the Canadian and Ontario Brewing Awards.

The most popular beer in the lineup is their 35 & 118 Cream Ale, while other favourites include North Country Kellerbier and their Black Rock Dark Ale. The brewery is committed to using local ingredients whenever possible, including rhubarb from a nearby farmer. (This policy extends to the popular Rhubarb Restaurant, which sits above the brewery and features fine dining with Boshkung beer on tap.) New this year, Boshkung will open a location on Water Street in Minden. It will feature a pub with indoor and outdoor seating, the brewery’s own offerings, guest beer on tap, and food and snacks catered by Rhubarb.

With a new facility located just outside its namesake, Haliburton Highlands Brewing produces the highest quality craft beer using locally-sourced ingredients and sustainable practices. Rye grain and oats are often procured in the region, as are ingredients for flavour in their specialty beers such as Mosquito Saison and Oatmeal Stout. Alongside their brewing equipment, the new location features a tasting bar with eight taps, a retail outlet and a selection of original art on display. The brewery has an award-winning line-up of beers, including year-round, seasonal and special brews. Their most popular beer, the honey brown ale, won a gold medal at the Ontario Brewing Awards and uses local honey in the brewing process. 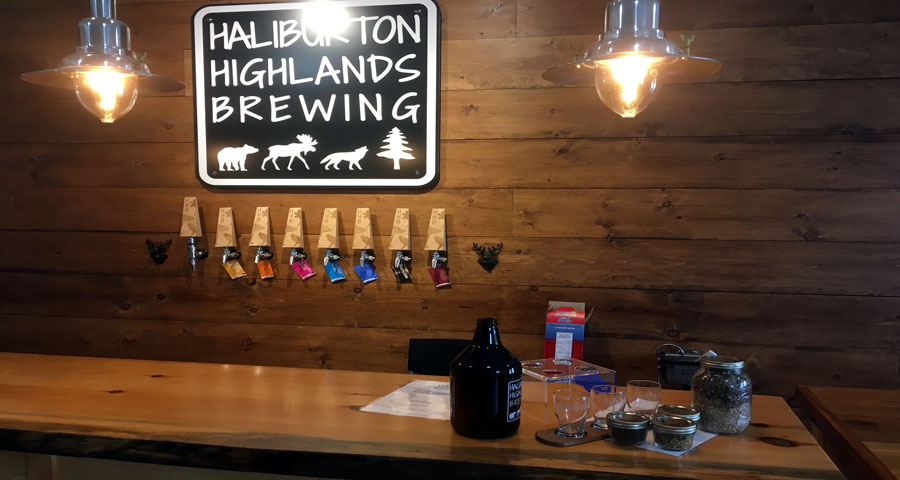 See & Do In Haliburton

Haliburton Highlands Brewing is a key partner in the  Abbey Gardens project. Abbey Gardens is a not-for-profit organization with a vision to reclaim 300 acres of land that was formerly a gravel pit, and to then turn it into a centre to showcase sustainable living and local food production. As well as the brewery, there is a solar and wind power installation where visitors can learn more about sustainable energy creation.  Tour the gardens, shop for local products at the Food Hub, enjoy lunch on the new restaurant patio, or participate in one of their many programs throughout the year. 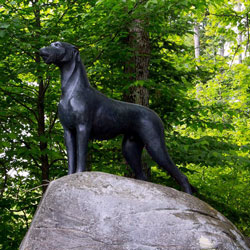 Haliburton Highlands also possesses a robust art scene. At its centre, The Haliburton School of Art and Design has been offering summer courses for over 50 years. The campus is located at Glebe Park, which is also the site of a museum and beautiful trails for hiking, cycling and skiing. The park is also the site of the Haliburton Sculpture Forest, a unique collection of over 25 sculptures by Canadian and international artists located on a series of trails. There are free guided tours available in the summer each Tuesday at 10:00 am and a “Curator’s Selection” lunch time tour on Wednesdays.

The Arts Council – Haliburton Highlands is a membership arts organization that promotes artists across the region. Representing artist studios and galleries in a range of mediums and styles, the Arts Council website is a valuable resource when planning any trip to the area. For live theatre fans, The Highlands Summer Festival features a full slate of performances from July 3 to August 11. Folk Music fans should plan on attending one of the many concerts and workshops put on by The Haliburton County Folk Society throughout the year. There is a varied line-up of activities and events planned throughout the season.

The Haliburton Highlands also offer a wide range of activities and opportunities for outdoor adventure. Cycle Haliburton produces maps and maintains a website with information on road and mountain biking in the area. The Haliburton Forest and Wildlife Reserve consists of 80,000 privately owned acres for activities such as mountain biking, canopy tours, dog sledding and snowmobiling. The centre has on-site camping and accommodation with more than 300 km of trails to explore. It is also home to The Haliburton Forest Wolf Centre, a 15 acre wooded enclosure that has housed an alpha pair of wolves and their siblings for study and research for over 20 years. With exhibits, a small cinema and an observation area, the Wolf Centre is a popular destination for locals and visitors alike. 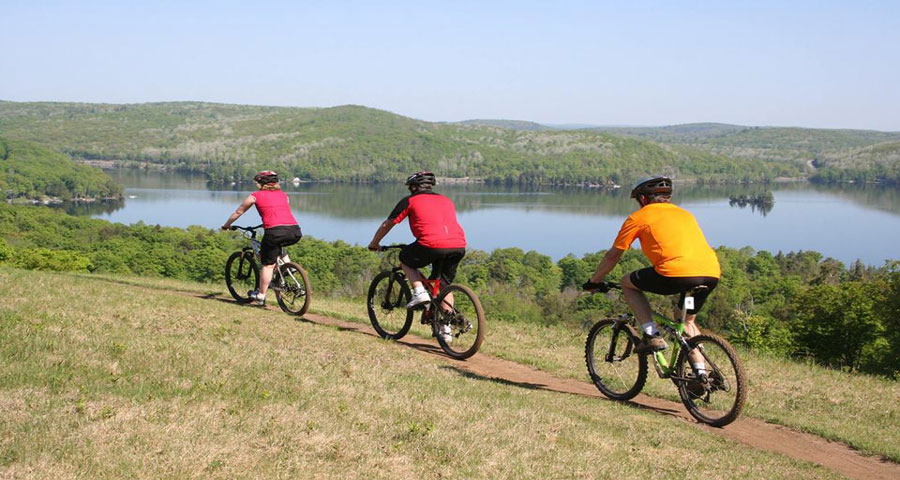 The nearby AO Boatwerks Paddling School offers whitewater, flatwater and freestyle paddling instruction for beginners all the way up to expert lessons. The nearby Minden Wild Water Preserve was the site of the whitewater canoe and kayak course for the 2105 Pan Am Games. With a full retail store where you can demo the newest boats, AO Boatwerks is a must-see destination for paddlers in the region.