Harvest season is upon us, and Muskoka is brewing up some tasty beers and events to lure beer lovers to cottage country. At the forefront of new beer releases for the season are Lake of Bays Brewing Co. and Muskoka Brewery. 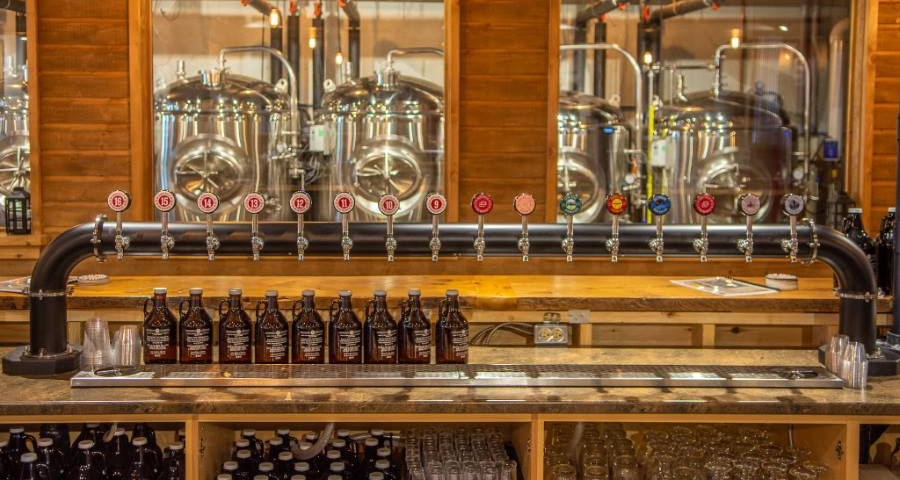 If you haven’t been to Muskoka Brewery in recent years, or haven’t yet visited Lake of Bays Brewing Co’s new Huntsville Brewhouse, you need to get yourself to Muskoka. And fall, with its stunning colour display, is an extra special season to go.

The New Lake of Bays Brewhouse 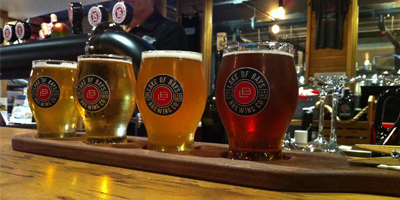 Nothing like the original brewery in Baysville, and nothing like what you would expect from the simple signage outside on Main Street in Huntsville.

Once you head downstairs (or use the lift, this place is fully accessible), you’re transported into an inviting, wood cabin styled brewpub. It is bright, with plenty of seating and plenty of merchandise and beer for sale. Looking around you can’t help but think this is a great model for a brewpub, and something that Lake of Bays could replicate, or recreate in any town or city in Ontario and be successful with. Where many brewpubs come up short by being too trendy, or feel cold and sterile, this one manages to hit the right comfortable and cozy marks. If it were closer to me, I’d be a regular. 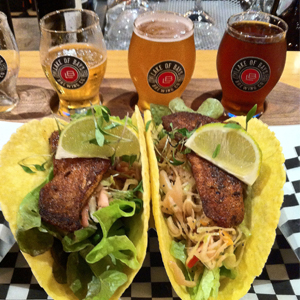 It is also the only place where you can get special one-off and limited edition beers from Lake of Bays Brewing Company. Yes, the only place – as the special beers brewed here aren’t even available at the Baysville location!

You’re not going to want to miss out either. A quick check on ‘nerdy’ beer sites like Untappd will show you that a lot of the highest rated Lake of Bays beers are these new, special edition beers.

So the real test though – food. It is one thing to make good beer, but can you also serve up good food? The menu here is fantastic, and I elected to try the rainbow trout fish tacos. They were perfect.

If you’re craving great craft beer and exceptional food in Muskoka, I’ve got to say that the Huntsville Brewhouse from Lake of Bays has taken over as my new favourite spot, (but with honorable mention to The Griffin Gastropub in Bracebridge, a must-visit spot as well!)

Pumpkin Beer and Music at Lake of Bays Brewery 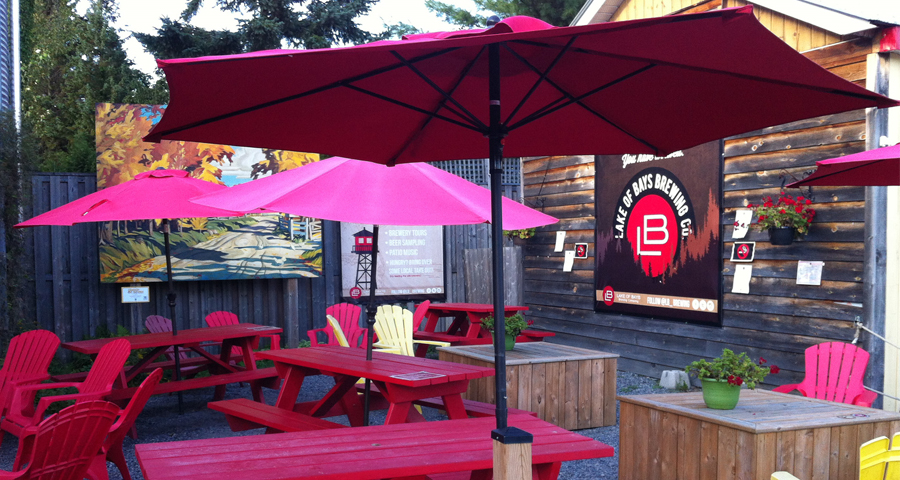 Looking for something to do during fall leaves viewing? Hit up the original Lake of Bays Brewery location in Baysville. It’s your best spot for craft beer close to the popular Dorset Lookout Tower, which has stunning views of the colours.

With the seasonally-released Pumpkin Ale, along with a seasonal Oatmeal Stout, Lake of Bays has you covered. A special bonus? Lake of Bays Brewing Company has live music going on their patio from 1-4pm every Saturday until the end of October. 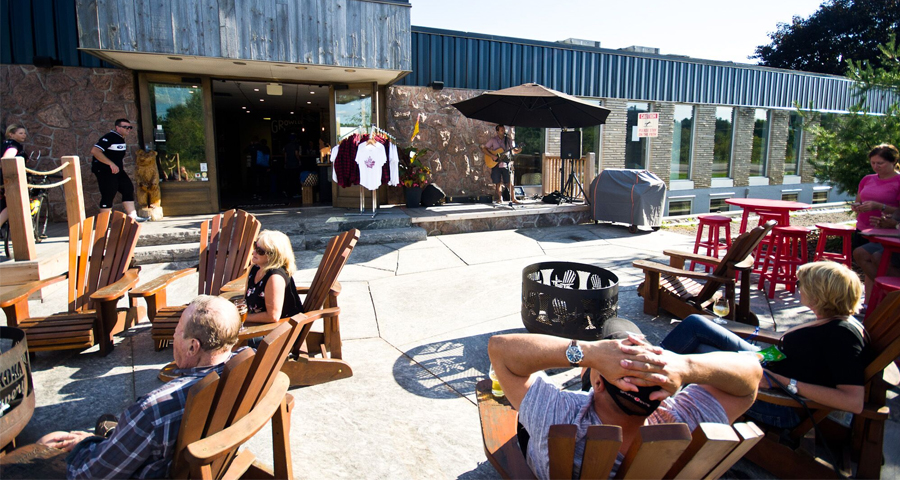 No proper cottage country beer adventure would be complete without stopping at Muskoka Brewery. Admittedly, it wasn’t the most appealing destination as a tap room years ago, but if you have not been recently, Muskoka Brewery has opened up a great patio and a large tasting room with tons of swanky merchandise and beer for sale. 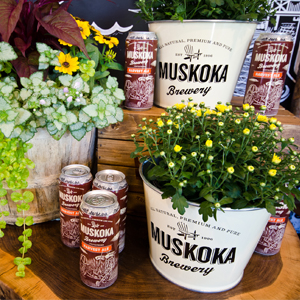 Their tours are always super popular too, so be sure to plan extra time for one, where you’ll most likely be given a taste of their recently released Harvest Ale.

Muskoka went big on local sourcing for this beer, by using 100% Ontario ingredients. At around 900 hectolitres of beer, it is an impressive feat and lives up to the tagline “…tastes like Ontario”.

The latest beer in the Community Venture Fund by Muskoka Brewery is an American Blonde Ale fermented in Chardonnay barrels. You can only buy it direct from the brewery and $1 from every bottle goes towards local non-profit causes, so be sure to buy one!

Are you a fan of Stouts? Sarah Girdwood, one of the marketing mavens at Muskoka Brewery, let it be known that a special trio-pack of Muskoka Winter Beard vintages will be coming down the pipe later this year too. That could be a perfect beer gift for any beer nerds out there, although the all-too-Canadian polar fleece onesie might be winner too.

Looking for a place to make this Muskoka beer trip become a reality? A short hop from Muskoka Brewery, and a 10 minute walk from the Griffin Pub is the Wellington Inn. The inn is a family-run business with clean, comfy rooms in a super convenient location, plus coffee and a continental grab-n-go breakfast. One of the best deals Bracebridge.