This is an exciting time for craft beer lovers in the region of Parry Sound. Not one – but two – breweries recently launched and are calling this coastal town on Georgian Bay home base. So the next time you visit “the Jewel of the 30,000 Islands,” be sure to try a beer from Norse Brewery or Trestle Brewing Company. 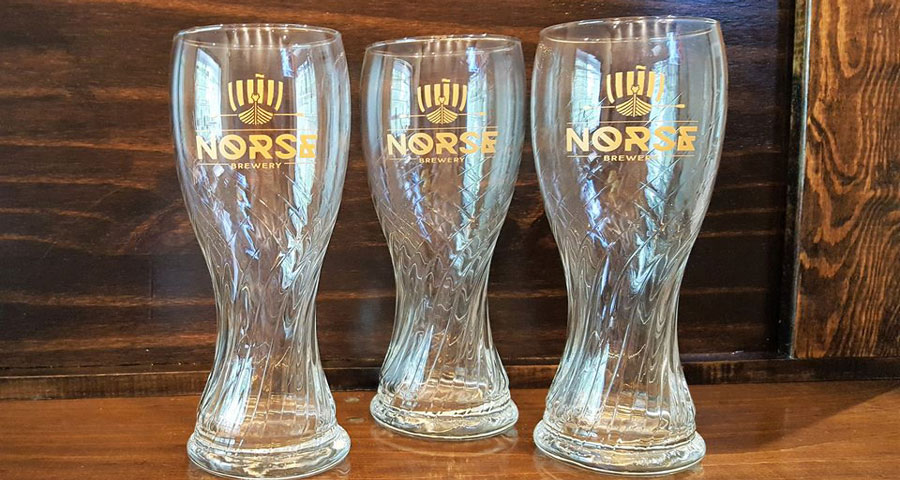 Although only in operation for less than a year, Norse Brewery products are already favourites in the Parry Sound area and beyond. Having cottaged in the Georgian Bay area, the founders wanted to spend as much time as possible in the region while creating something to give back to the community they love. With Norse ancestry, the brewery’s branding pays homage to the family’s history. 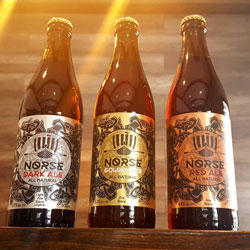 The focus at Norse is to brew high quality, all natural beer using only the four traditional ingredients – grain, hops, yeast and water. They currently have three offerings. Norse Dark Ale is a merger of traditional Scottish dark ales with English bitter hops, creating a rich and creamy feel with a deep ruby undertone. Norse Red Ale is a medium bodied Irish red with a smooth, malt-focused flavour and a light hop character. Norse Golden Ale is a union of Belgian ale ingredients brewed according to Czech pilsner techniques. With the herbal aroma of European hops and honey notes from German malts, the beer has a crisp, clean palate with a slightly dry finish.

This season Norse Brewery has partnered with the Festival of the Sound to provide exceptional beer on the Festival’s cruises and events at the Charles W. Stockey Centre. They can also be found in local restaurants and at many special events throughout the season. Head to their Facebook page for information on upcoming events and venues serving their offerings in the region and beyond. 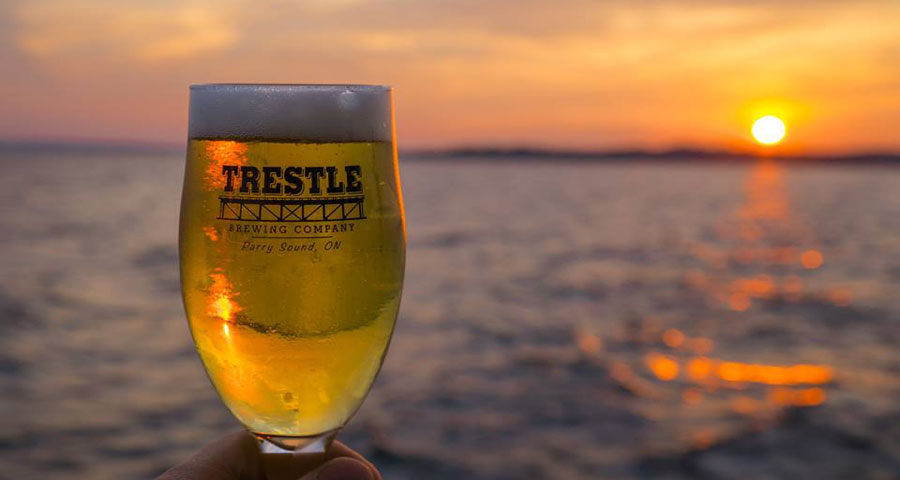 Trestle Brewing Company is set to break ground on their brewery at Parry Sound’s waterfront. Located at the site of what was once Northern Ontario’s largest rail station, the brewery will be accessible by Parry Sound’s natural harbour and will have an incredible view of the historic CPR trestle bridge that is their namesake. Completed in 1907, the bridge is over 100 feet tall and is the longest rail trestle east of the Rocky Mountains. The property is also next to the Parry Sound and Algonquin Regiment Fitness Trail which runs along the town’s scenic waterfront and is recognized as one of the Amazing Places of the Georgian Bay Biosphere Reserve. 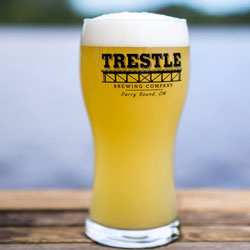 While awaiting construction, Trestle has partnered with Highlander Brew Co. in South River to produce their beer until the new facility is completed. Currently, Trestle is producing a White IPA and their signature Golden Ale. The Golden Ale is a pale gold with aromas of herbs, spices and fruitiness in the background. With a soft bitterness followed by spicy hop flavours, the beer provides a clean crisp finish and has become a favourite in many local restaurants. Trestle will also be releasing its new Mango IPA which will be launched at the Session Muskoka Craft Beer Festival on the August long weekend.

Most Fridays throughout the summer Trestle will be hosting beer cruises aboard the historic M.V. Chippewa III cruise ship. Originally one of the “Maid of the Mist” fleet in Niagara Falls, the Chippewa III now calls Parry Sound harbour home and cruises the waters of Georgian Bay through the 30,000 Islands. Trestle’s cruises will include their brews paired with delicious snacks, as well as several co-branded cruises in collaboration with other Ontario craft breweries. Head to Trestle’s Facebook page for upcoming event listings.

A summer beer is the perfect way to wind down a long day of activity on the water or at the cottage. The waters of Georgian Bay around Parry Sound are perfect for paddling and boating and, after a long day in the sun, a refreshing craft beer is the ideal wrap-up. With Norse Brewery and Trestle Brewing Company in the region, it has never been easier to find that perfect summer brew.