Winter at Lake of Bays Brewing Co. & the Huntsville Brewhouse 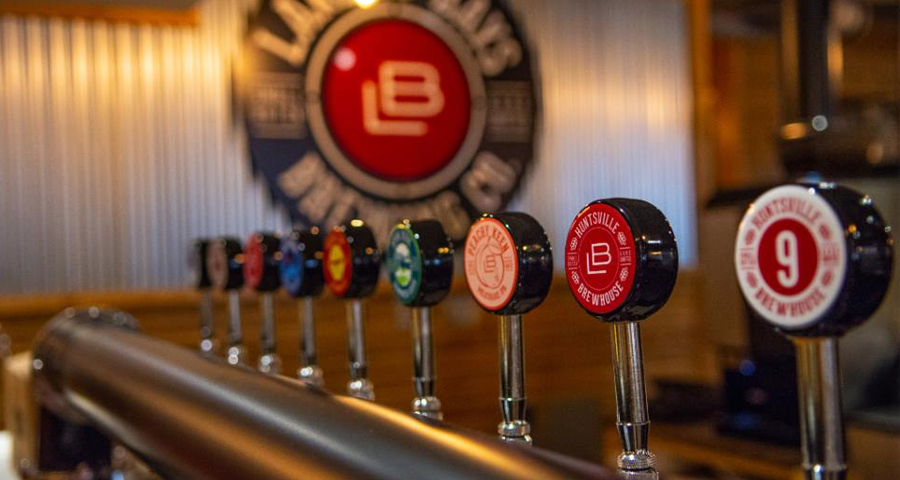 Lake of Bays Brewing Co., one of the first craft breweries to open in Ontario’s cottage country, has been creating unique and tasty beers just a stone’s throw from the South Muskoka River in Baysville since 2010. Their tagline, ‘Taste the Great Outdoors’, perfectly represents the experience they aim to create for their customers – from fresh Lake of Bays water in their products, to the packaging and beer names they choose – like Oxtongue IPA (a nod to the lake in Algonquin Park), Paddle On and Broken Axe.

In 2018, their state of the art brewing facility in Lake of Bays expanded to include their second location, the Huntsville Brewhouse, a brew pub located along the historic main street in Huntsville’s downtown core. The extra-small batch brewing facility includes a full kitchen with a seated capacity for over 100 people. You can expect all of your Lake of Bays favourites, plus experimental one-offs and seasonals as they encourage their brewers to flex their creative muscles with six 6 HL fermenters. Be sure to visit them this winter to see what’s new in store, or take a trip out to their flagship location in Baysville for a brewery tour (in the winter months, tours run Saturdays 12-3pm by appointment only so be sure to call ahead and let them know you’re coming). 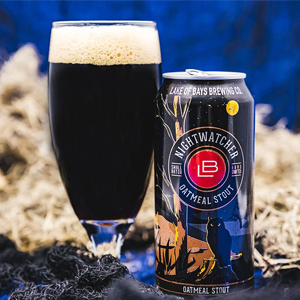 A tried and true favourite, Nightwatcher is a full-bodied oatmeal stout that boasts distinct flavours of roasted malts complemented by chocolate tones. Velvety smooth with a bit of bite, the heady mocha foam sits beautifully atop this dark chestnut stout. The cocoa body is balanced with a subtle bite from Magnum and Hallertau hops that rounds off with the dry bitterness of prominent dark roasted malts. This unique brew was developed by CEO and President Darren Smith as a surprise for his wife before the birth of their son – a testament to the motivation and passion that goes into the creation of new products at Lake of Bays.

Paddle On is an easy-drinking, light-bodied session ale that is as smooth as the stroke of a paddle. Clean and crisp with a hint of lemon and citrus hop on the nose, it’s the ultimate refresher at the end of your voyage. Developed in partnership with Algonquin Outfitters, brewer Andrew Walsh devised a recipe that’s as balanced as their untippable canoe. With one kilo of lemon zest per batch, Paddle On offers a tart twist on this dry session ale. Originally brewed as a summer seasonal, it’s become so popular it continues to be promoted year round.

Looking for a gift idea this holiday season? Pick up a Toasty Toes Taster Pack. Included inside you’ll find a Spark House Red Ale, Switchback Pilsner, Broken Axe APA, Oxtongue IPA, Nightwatcher Oatmeal Stout and your very own pair of festive Lake of Bays Brewing Co socks! Pick yours up from the LCBO, the flagship brewery in Baysville or at the Hunstville Brewhouse while quantities last.

Hungry? Pop into the Huntsville Brewhouse as part of your Lake of Bays Brewing experience. If you like the beer, you’ll love the food (and find it included in quite a few of the dishes). Try a Three Onion Soup or Caesar Salad with LB brewers spent grain croutons, Chicken Wings with LB Oatmeal Stout BBQ sauce, or the LB Spark House Ale Fish & Chips. And there are new menu items being included this season too. For vegetarians, try the Jackfruit Stuffed Portobello Mushroom which comes packed full of BBQ jackfruit, 6 bean blend, goat cheese, arugula, crispy onions, seasonal vegetables, and Four Season sprouts. Or warm up with the Braised Beef Shortribs, slow cooked in LB Oatmeal Stout demi-glace and served with seasonal vegetables and garlic mashed potatoes – yum! Check out the complete menu.

While you’re there be sure to try one of the specialty brews rotating through their taps this winter like The Dark Side Stout or the Yule Bryg. Get them in a flight – 5oz portions of any four brews – a great way to try a few of their creations if you can’t choose just one. There is also a really great cocktail menu to try with martinis, beer based cocktails, and an assortment of traditional mixed drinks as well.

The Huntsville Brewhouse is quickly becoming a hotspot – not just great brews and delicious meals – but since opening this spring is gaining popularity as a fun place to meet up for weekly events (their Twitter page is the best place to follow along for timely announcements). Most Friday and Saturday nights play host to live music inside (see a few of the artists lined up for December and January below). Thursday nights feature Beer & Boards at 8pm or their popular Open Mic Nights, depending on the week, and on Mondays at 8pm don’t miss their popular Trivia Night. 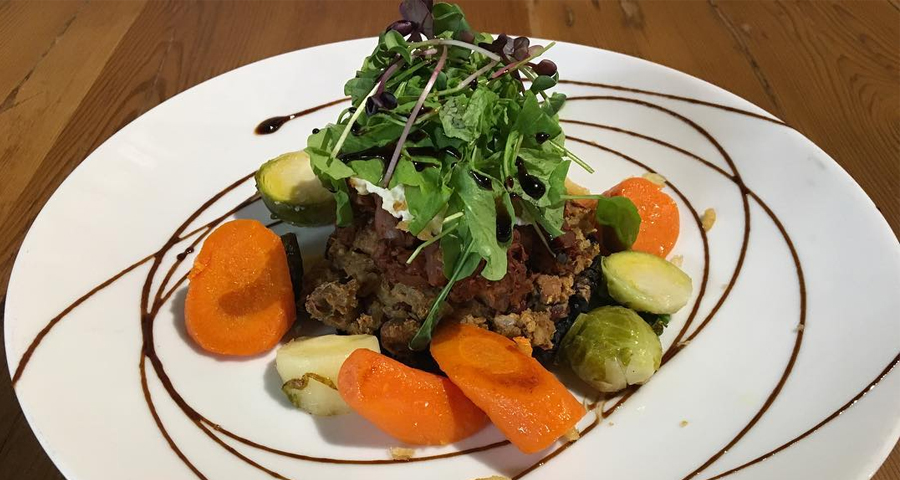